In another thread in this forum, a few days ago, I posted that government officials may have had a part in the huge up-and-down stock market swings, and it turns out that's I'm apparently correct. Here's a link to fast-developing story ... 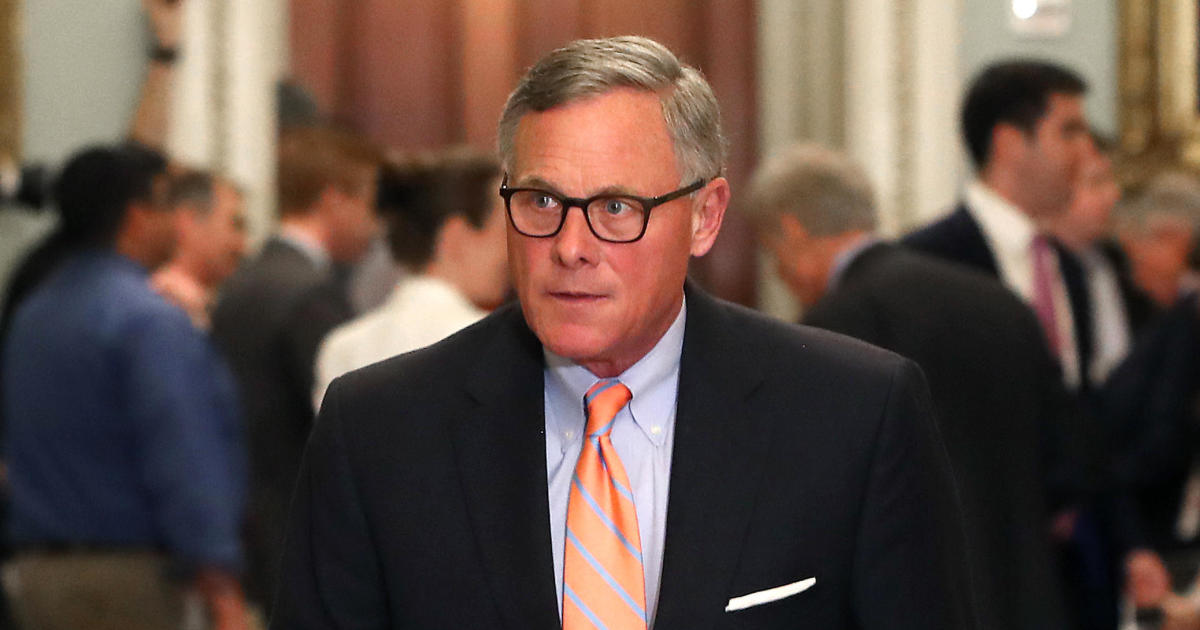 Senate records show the transactions involving Richard Burr and Georgia's Kelly Loeffler, among others, came as lawmakers were getting private briefings on the possible outbreak.

Here's what I posted two days ago, before the above story broke ...

I wish something could be done about those unethical people who continue to manipulate the market to their advantage, not giving a hoot about the way it may affect the rest of America.

What I pointed out in the original post continues to hold true. Except for the massive buying and selling by multi-millionaire investors, THERE IS NO WAY that the Dow-Jones should take a massive tumble on Monday, then gain more than 1,000 points on Tuesday, and now, it's back to huge selloffs. IT'S OUT-AND-OUT CORRUPT MANIPULATION, with the help of "insider trading."

You'll notice that most of their "maneuvers" come overnight, before the market even opens at 9:30, so by the time the day's data starts rolling in, it's too late for the "average Joe" to respond effectively.

I would think that there would be some way for government officials to find out just who is making these multi-millions buy-and-sell transactions, and do something about it. Then again, some -- or a lot -- of the transactions may be BY GOVERNMENT OFFICIALS!
W

STAY TUNED. WITH WHAT IS HAPPENING WTH THE VIRUS AND SHUT DOWNS, THINGS WILL HAPPEN NOW.

Here is what I found. Supposedly, this was written by a very credible source who is close to Gates. Personally, I have no idea. You can read it and judge for yourselves.

"Bill Gates & Barack Obama released a docuseries on Netflix called PANDEMIC in January right before the Wuhan virus was "discovered."
The docuseries pushed the need for the Gates' Foundation to receive funding to carry on virus research to prevent the next PANDEMIC!
Bill Gates funded the Wuhan lab in China that released the Wuhan virus. Bill Gates' was a member of China's Academy of Sciences who built the lab and he was awarded their highest honor.
The Wuhan virus was originally developed at the University of North Carolina by NIH grants approved by the Obama administration in 2012.
The NIH defunded the UNC research in 2016 so the Communist Chinese scientists left UNC and took their work to the NEWLY BUILT Wuhan lab in 2017 - funded by Gates & pals.

Half the staff at that nursing home have been infected with Wuhan virus. They appear to be the carriers. The nursing home draws employees from a large Chinese population across the border in Canada. I believe Gates is placing carriers in vulnerable locations for the narrative and funding.
Right after the first deaths were reported in Bill Gates home area, the Governor declared a national emergency & Congress approved over $8 billion - even though Trump asked for only a quarter of that. Much of the funding will flow to Gates' global partners.
Suddenly Bill Gates says his "foundation" will offer in-home testing kits where you swab your nose with a Q-Tip and send it to his labs. How convenient!
19 out of the 21 who tested positive on the Princess Cruise ship were CREW MEMBERS. Meaning the crews are carriers and are infecting passengers. Who put them there?
The virus started in South Korea because the leaders of a "doomsday" cult went to Wuhan, China and went back and infected 8,000 of their members. Who paid them to do that?
Iran's leaders suddenly became infected after Iran's foreign leader met with John Kerry in Munich and laughed about the virus on camera. Almost like he was told to go home and create panic.

After Trump closed travel from Communist China in January, the Chinese blamed the US and threatened to hold back our pharmaceuticals unless we opened travel back up again. They didn't expect him to do that - that thwarted their plans to seed the US with more cases.
I believe the virus is no more dangerous than the common cold - but has been engineered to be highly infectious and impact the elderly & sick. Thankfully, it is NOT affecting children & young adults like pandemic flu does.
I believe the virus was unleashed by the Communist Party to scare people back into their homes and stop the Hong Kong & Taiwanese pro-freedom protests.
I believe the virus was unleashed by the Communists to crash the US economy & drive people away from Trump rallies.
I believe the virus was unleashed to help the Communists assert global control and to cull the elderly and weak.
ALL respiratory viral outbreaks peak in March and end in April. I believe this one too.
The SARS Coronavirus panic dropped the market 20% in March 2003, under Bush, and it came roaring back even higher by July. In other words, they've done this before to a Republican administration before an election.
Now the fake news is trying to distance Wuhan from the virus -- and so is Communist China. That means we're right over the target.
Every single one of my statements has been reported by numerous sources. This is not a conspiracy. This is real."

Just like GTGT said in another thread- send em to prison.
W

YEP, SHOULD BE THE PEN FOR EM ALL! NO MATTER WHO THEY ARE.

Now, they are all saying that they don't personally make such decisions and that they don't even know about the huge stock-market deals until later -- and sometimes, much later.

Can you believe that? Millions of dollars involved, and none of them have any input on such huge transactions involving their own money?

SWAMP CREATURES, all of them!

Piss on that shit. I'm struggling here, hoping to maintain my meager portfolio. I'm down about $7500 so far, and though it doesn't seem like much, it's a ton to me! Hand those fuckers.
D

HEY DJ. I DONT HAVE A 401K, SO NOT SURE HOW IT WORKS. IF THEY INVEST YOUR MONEY IN SOMETHING OR SELL OFF SOMETHING, DO THEY CALL YOU FIRST?
D

WAMO said:
HEY DJ. I DONT HAVE A 401K, SO NOT SURE HOW IT WORKS. IF THEY INVEST YOUR MONEY IN SOMETHING OR SELL OFF SOMETHING, DO THEY CALL YOU FIRST?
Click to expand...

No. It's managed by Fidelity with mutual funds.
W

SO WITH AN INVESTMENT GROUP, ITS NOT UNHEARD OF THAT THEY DONT CONTACT YOU FIRST. GOT IT.

WAMO said:
SO WITH AN INVESTMENT GROUP, ITS NOT UNHEARD OF THAT THEY DONT CONTACT YOU FIRST. GOT IT.
Click to expand...

The 401k programs I've had were pretty much up to the individual to manage. The employer makes a deal with a company (my current one is Fidelity as well) and you are given a selection of funds to choose from - with a mix of low risk, medium risk, and high risk funds. You can adjust where future contributions go, and move funds around pretty much at will. However, nobody will contact you one way or another no matter what the market does. I think Fidelity does offer personalized investment services such as access to advisers, but I'm sure that costs extra (and not covered by employer).

I haven't really checked mine. I'm sure it's down, probably more than 30% as I'm in more high/risk - high/returns at the moment. I still got 20 years for it to recover...

I'll check it tonight. If you quit hearing from me it'll probably be because I saw the number and either 1) had a heart attack, or 2 jumped out of our 2nd story window.

Yeah much of mine was in a high risk 2045 plan. (The plan becomes more conservative as time moves toward 2045...when I'd retire.)

I pronably should have moved to Monday several weeks ago but we had bigger fish to fry.
W

Sorry, my numbers weren't as bad as Djarum's, only -27%. Was expecting worse so no dramatic end for me. At least not today.
W

SO DOES THAT MEAN, NO SHEEP FOR ME...TODAY.

WAMO said:
SO DOES THAT MEAN, NO SHEEP FOR ME...TODAY.

Not today, or any day!
W