Even Liberal Bill Maher thinks so as well.

Review of the Emerging Evidence Demonstrating the Efficacy... : American Journal of Therapeutics

ed within clinical trials. Areas of Uncertainty: The majority of trialed agents have failed to provide reproducible, definitive proof of efficacy in reducing the mortality of COVID-19 with the exception of corticosteroids in moderate to severe disease. Recently, evidence has emerged that the...

Any good anti-inflammatory needs a chance. When I had it, it wasn't even known around the country. I was treated with anti-biotics to prevent pneumonia, and prednisone to quell the inflammation in my respiratory system. It took a while, but it worked. It's not the virus that kills, it the pneumonia afterwards and the fact that ventilators destroy lungs

Another bit of data.

Arkansas Medical Board investigates doctor for ‘saving lives’ with Ivermectin…

SOURCE The Arkansas Medical Board is investigating after a doctor said he prescribed an anti-parasitic drug “thousands” of times for treatment of Covid-19, including to in…

REVerse ° said:
Another bit of data.

Arkansas Medical Board investigates doctor for ‘saving lives’ with Ivermectin…

SOURCE The Arkansas Medical Board is investigating after a doctor said he prescribed an anti-parasitic drug “thousands” of times for treatment of Covid-19, including to in… 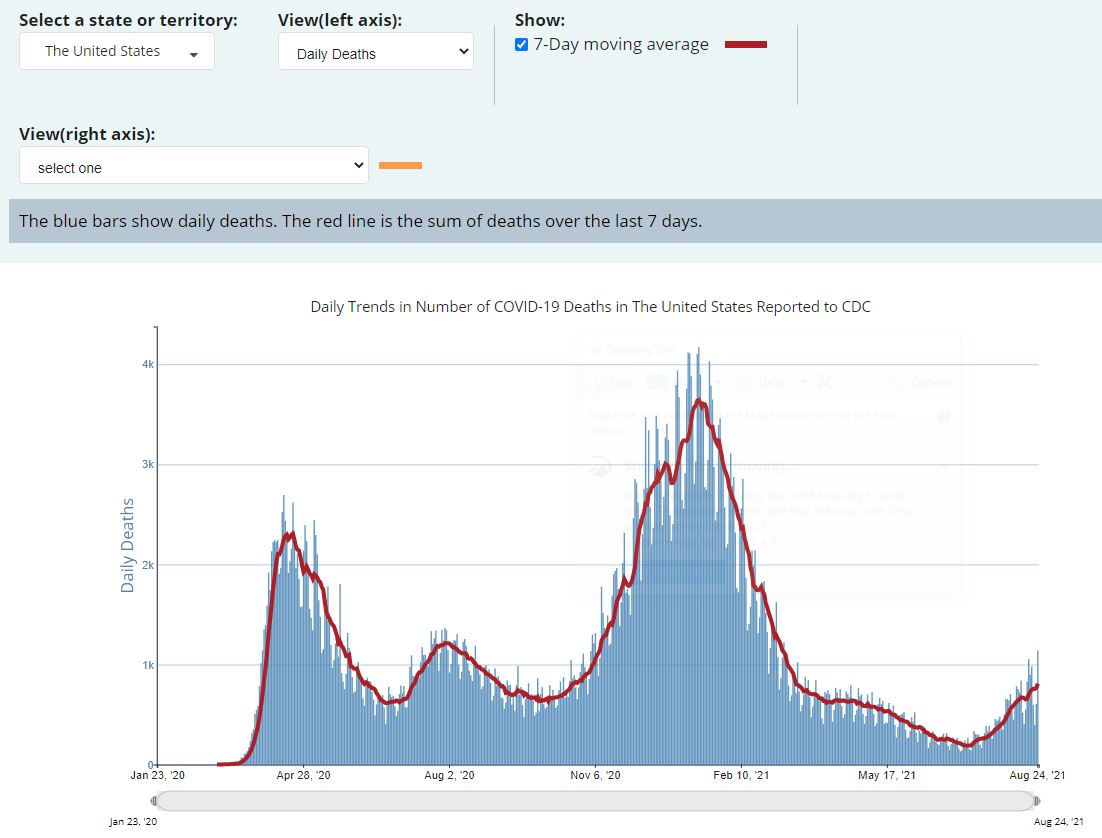 Afghan refugees being given Ivermectin… For parasites, not Covid…

Scuba Mike pulled this from the ‘intestinal parasite guidance’ section and didn’t inform people. Ivermectin works against Covid. We have seen and posted the data and…

What I find hilarious is the whole not FDA approved for Covid.

I had a sinus infection and doctor me gave Ceftin. It wouldn't touch it. He decided to try a first generation Cephalosporin Keflex which isn't approved anymore for accute sinus infections as bacteria are more resistant. Knocked it out in two days.

I've also used Avelox for chronic sinus infections but doctors don't want to prescribe it unless they have to as it's a more broad spectrum and it can mess with good gut bacteria.

When I get sinus infections I ask for Keflex and doctors look at me sideways. They give it too me anyways. You know why? Because they know if I tolerate the side effects and it does nothing, worse case is I'm back in a few days or I'm at the hospital where they can give me stronger antibiotics.


Everyone's body reacts different to medicine and vitamins and minerals.

A friend of mine - a man in his 40s with whom I train karate - had severe COVID a few weeks ago. After about nine days of feeling like death, he picked up some ivermectin from Tractor Supply. A couple of doses later, and the virus was knocked out. He came back to karate a few days later.

I know I'm preaching to the choir here, but effective prophylactics and treatments don't net Big Pharma billions in profits ($26 billion for Pfizer alone), and they wipe out those $13,000 per-patient payments to hospitals. It's why Fauci and Congress (both of whom are heavily invested in Big Pharma) along with a complicit media are practically demanding 100% vaccine compliance.

It's incestuous. It's disgusting. And it needs to be called out every chance we can do it.

When an Oklahoma doctor told the media horror stories about hospitals jammed with patients who self-medicated themselves with ivermectin right into the emergency room, it was a hit. But the bombshell report soon went bust. The doctor who offered a graphic depiction of chaos had not been on the job for a while, and the hospital where he worked said there was no truth to the claim that ivermectin patients were crowding out everyone else. 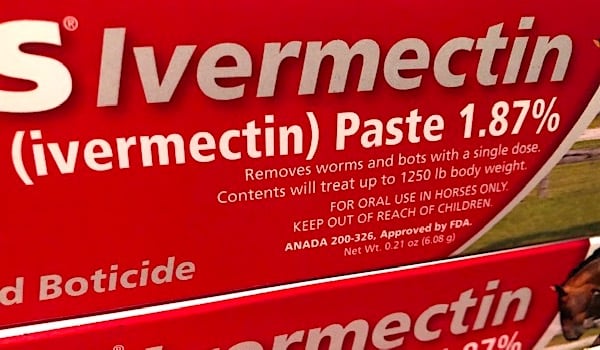 A report trashing the drug ivermectin has been contradicted by a hospital supposedly overrun with cases of people taking the drug.

AlwaysWrite, are you certain of this? Surely our esteemed media, the CDC, and their pharmaceutical overlords would never lie or exaggerate to push an agenda!

9andaWiggle said:
AlwaysWrite, are you certain of this? Surely our esteemed media, the CDC, and their pharmaceutical overlords would never lie or exaggerate to push an agenda!
Click to expand...

Of course! Only Republicans, Trumpers, conservatives and other deplorables exaggerate and push their agendas. You could never properly accuse Biden, Pelosi, Schumer, the lamestream media, et al, of such things.
D

9andaWiggle said:
AlwaysWrite, are you certain of this? Surely our esteemed media, the CDC, and their pharmaceutical overlords would never lie or exaggerate to push an agenda!
Click to expand...

From what I read some Dr talked to a rolling stone journo and they ran with it.

Come to find out this Dr hadn't worked in this hospital in a few months and the hospital said that they hadn't treated ivermectin OD at all and gunshot victims we're not being delayed treatment because of this.

Rolling stone refused to make a retraction and the media clowns ran with it. Rolling updated the article to include the new information but never pulled the article.

Did all the other media types who ran with the rolling stone article make retractions? Fuck no. This is why government not big tech should be deciding misinformation.

Zero cases of COVID in one India state…. How did they do it? Well, since less than 6% of the people are vaccinated, it would seem to be a mystery.

The Gateway Pundit previously reported that COVID cases are plummeting in India thanks to new rules that promote Ivermectin and hydroxychloroquine to its massive population. The 33 districts in Uttar Pradesh, India have now become free from COVID-19 government informed on Friday. The recovery rate has increased up to 98.7% proving the effectiveness of IVERMECTIN as part of the “Uttar Pradesh Covid Control Model.” Of course, the media won’t mention that Ivermectin is being used for the treatment of COVID-19. Last week, we reported about two senior FDA officials Marion Gruber, director of the FDA’s Office of Vaccines Research and […]

On Sunday, September 19, the gendarmerie went to the home of Doctor Jean-Paul Théron.

An intervention that follows the filing of a complaint by the country investigated by the Council of the Order of Physicians.

The man working voluntarily at his place of residence was interrupted during a consultation to answer for the alleged reason.

He is the subject of 4 complaints, from the country, from the council of the medical order and from Dr. Reynal for practicing foreign medicine.

On Thursday September 16, the man was visited by a bailiff who had come to notify him of the complaint he is the subject of.

Jean-Paul Théron responds to Teupoo Faatupua Avae. Dr Théron is a former public health doctor who was automatically retired in 2020. He currently practices as a non-contracted private doctor. He is known to apply the protocol of Dr. Raoult of the IHU of Marseille based on ivermectin, dazitromicin and zinc.

Then he was dragged out of his home and arrested.

The Miracle Not-Heard Around The World: The Success of Uttar Pradesh - Part 3

While Uttar Pradesh was "quietly" eradicating COVID, India adopted ivermectin nationally to combat the disastrous Delta wave. The impact of that decision is the world's 2nd biggest criminal secret.

Hey Lurkers- I freaking dare you to watch this video in its entirety. 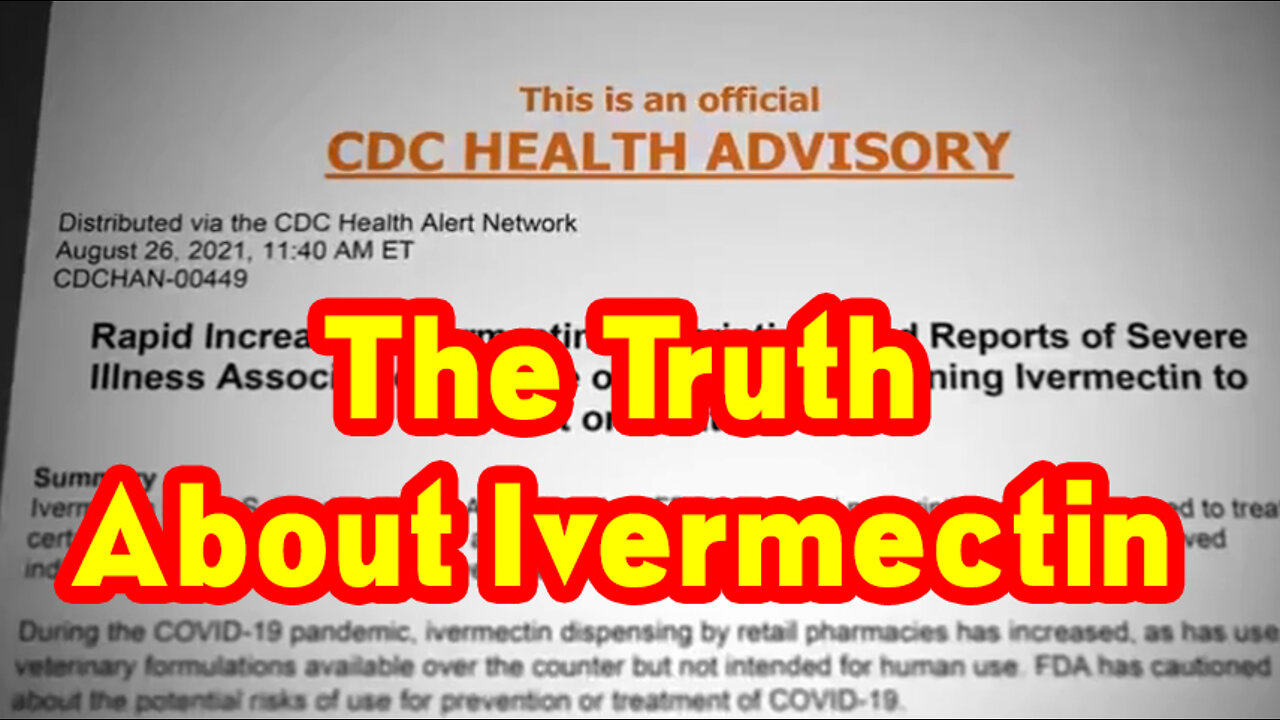 Situation Update 2022 ~ The Truth About Ivermectin

REVerse ° said:
Hey Lurkers- I freaking dare you to watch this video in its entirety.
Click to expand...